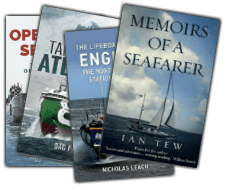 Nine Days that Saved an Army

The ‘miracle’ of Dunkirk is one of the most inspiring stories of all time.

The British Expeditionary Force had been all but surrounded and, with the French armies collapsing on all sides, it appeared that Britain was about to suffer the heaviest defeat in its history.

When Winston Churchill’s War Cabinet finally accepted that the Battle of France had been lost, preparations were made to try and rescue as many soldiers as possible from one of the few ports left open to the British Expeditionary Force – Dunkirk. So rushed and chaotic was the retreat to the Channel coast, there was little time for soldiers to consider taking photographs of the shocking scenes of death and destruction which surrounded them. Yet images do exist of the ships and boats of all descriptions which braved the bombs and guns of the German Air Force to rescue Britain’s only field army from the clutches of Hitler’s panzer divisions. One man in particular, Sub-Lieutenant John Rutherford Crosby, a member of the crew of the minesweeper, and converted Clyde paddle steamer, HMS Oriole, left a legacy of dramatic images. These include the neverto- be-forgotten scenes of long lines of tired and anxious troops stretching into the sea and of bombs exploding on the packed beaches – all with his own personal little camera. Other images in this book paint a vivid and memorable picture, as no words ever could, of the greatest evacuation of troops under fire.